Usability testing is the cheapest, fastest way to iterate on your product. You learn what not to build before even a single line of code is written, saving your team weeks of engineering time. As a bonus, you get to see users react in the most unexpected ways to your designs — confirming that people are not so predictable after all.

But like with most things in a business, decisions often comes down to 💰 at the end of the day. So here are some examples of how usability testing, or the lack-thereof has impacted real products and companies:

Despite the obvious value of usability testing, many teams struggle to conduct it because they don’t know how to do it well. One of the most common statements I hear from PMs and Designers is, “I’m not sure which questions to ask”.

This article will give you an overview of how to run moderated usability tests and arm you with real life usability testing scripts used by expert researchers and designers at companies like Growens, PandaDoc, 15Five, and Obvious.

First thing’s first — here are some basic guidelines to help you run a successful usability test.

Now that the basics are covered, it’s time to get into the actual usability test interview scripts.

A script is very important for any user research interview, but with a usability test it’s even more crucial since you need to guide users through very specific tasks. Usability test interview scripts have a 4 core parts:

Many incredible teams like PandaDoc, Growens, 15Five, and Obviousave already created usability testing scripts that their design & research teams are able to leverage every time a new study comes up.

To help you get kicked off faster, these expert teams were gracious enough to let us share their knowledge & resources with you:

✔️ Checklist for Every Call

As one final parting gift from me to you, I wanted to share a checklist I usually keep handy during usability tests with reminders of the key tasks I need to complete. Pull this out before every call to make sure you haven’t missed anything! 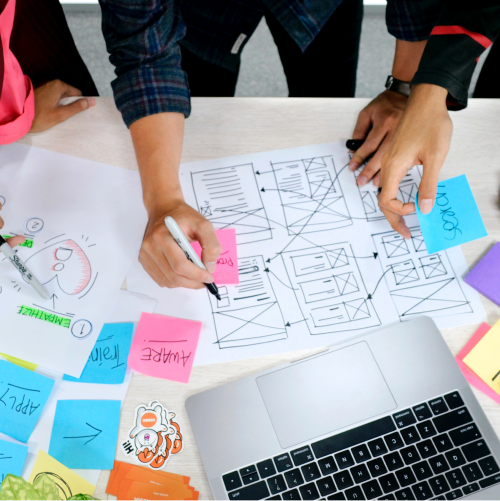